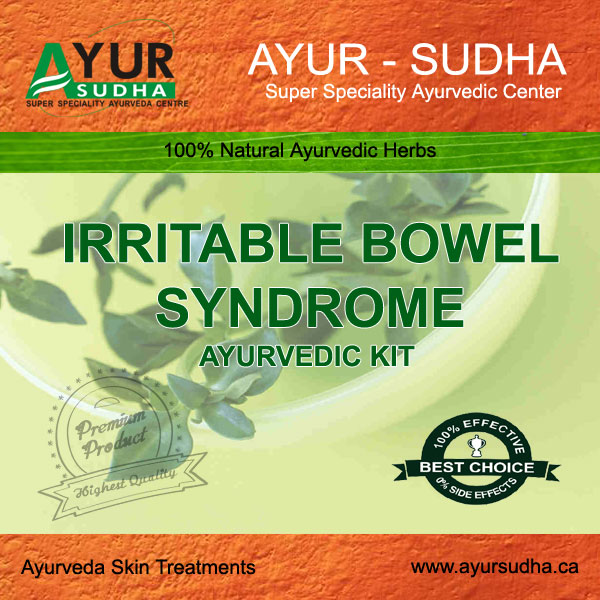 Irritable bowel syndrome (IBS) is a benign, chronic disease of altered bowel habits and abdominal pain. It is considered a functional type of bowel disorder and is said to be caused by heavy spasms of the large colon. No organic or structural cause can be detected (using currently available diagnostic modalities) to explain its symptoms. IBS is also known as spastic colon, nervous bowel, irritable colon and mucous colitis.

It is the most common functional disorder of the gastrointestinal (GI) tract. Other disorders in this group include functional dyspepsia, functional anorectal pain, and non-cardiac chest pain. The many forms and presentations of IBS can make the diagnosis challenging, and its functional nature can make a satisfactory treatment difficult.

The discomfort ranges from cramping-like pains to a continuous dull pain and is often (partly) relieved by bowel movements. Very often the pain appears after food ingestion and is accompanied by sometimes mild to sometimes extreme abdominal bloating. There is often diarrhea, sometimes alternating with severe constipation.

After the absorption and digestion of the nutrients in the small intestines, the waste moves into the large intestines (also called bowel or colon). Before the waste reaches the rectum, excessive muscular contractions can cause severe pain, diarrhea and/or constipation.

The cause of the muscle over-activity is not yet fully understood. Researchers believe that food allergies/intolerances/hyper-sensitivities might play a very important role. Nicotine, alcohol, caffeine and stress worsen the problem.

IBS is often diagnosed after the possibility of the existence of other diseases and disorders are eliminated. (Diverticulitis, Colon Cancer, Ulcerative Colitis, Crohn’s Disease).

Irritable bowel syndrome (IBS) is a problem with the intestines. In people with IBS, the intestines squeeze too hard or not hard enough and cause food to move too quickly or too slowly through the intestines. One in five Americans has IBS, making it one of the most common disorders diagnosed by doctors.

Research suggests that people with IBS seem to have a colon that is more sensitive and reactive than usual to a variety of things, including certain foods and stress. Some evidence indicates that the immune system, which fights infection, is also involved.

Difference between Irritable bowel syndrome and Constipation
Constipation is broadly defined as a bowel pattern that includes infrequent bowel movements, hard or lumpy stools, and difficulty in passing stools, incomplete elimination, and/or straining with a bowel movement. However, constipation varies from person to person. Some people with chronic constipation cannot even pass stools, while others pass hard lumpy stools.

This kit contains Ayurvedic Capsules, Tablets, Syrup and Power all are made from Extracts of herbs.

Detox the body by removing the toxins from body.

Helps to decreases the internal swelling of intestines which causes mild to sever pain.

Balances the excessive and sluggish movement of intestines.

Normalizes the absorption and excretory system.

Cures the disease from the root and helps to regain normal health.